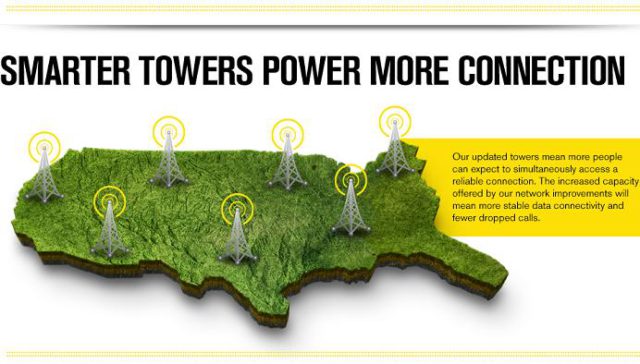 Sprint customers would be glad to hear that their beloved network is spreading some love around , in form of its LTE expansion. The faster network will be available in 22 cities with these specific cities stated in their press release Baton Rouge, Miami, New Orleans and Tampa, although the expansion includes cooler climates like Lansing, Napa and Raleigh. The company also stated that their will be future rollouts for 13 more cities in Michigan, Texas and Washington state. For more in formation on Sprint’s LTE expansion, see the press release after the break.

OVERLAND PARK, Kan. (BUSINESS WIRE), June 17, 2013 – Sprint (NYSE:S) today announced the availability of its all-new 4G LTE network in 22 new cities, just in time for the official start of summer. Customers in “hotspots” such as Miami, New Orleans, Raleigh, N.C., and Tampa, Fla., are now able to download videos, access the Internet and send photos with greater speed and reliability thanks to the power of Sprint 4G LTE.

Additionally, new customers switching to Sprint can save up to $100 on any smartphone with a new two-year service agreement and activation and a qualifying plan.

“Today’s announcement means that more Americans will experience the speed and power of Sprint 4G LTE,” said Bob Azzi, senior vice president-Network, Sprint. “Sprint is committed to delivering the latest technology through a nationwide LTE buildout, and providing new cell sites that are more compact and energy efficient. Our network build with new 3G and 4G LTE not only provides improved wireless service, it is also expected to reduce Sprint’s total energy demand and the company’s carbon footprint.”

As Sprint turns on new cell equipment across the country, customers are seeing better coverage, improved network reliability and voice quality on 3G and discovering LTE signals in cities that haven’t officially been announced, including Washington, D.C., New York and San Francisco.

Sprint today is also announcing that more places will be getting LTE in the coming months. These cities include:

As more people use wireless data at home, work and on the go, Sprint’s all-new 4G LTE allows wireless users to accomplish more things with less time such as sharing photos, streaming videos or downloading large files, all in minutes. According to management consulting firm Chetan Sharma Consulting, mobile data is expected to comprise 99 percent of the global mobile traffic by 2014. To meet these growing demands of data users, Sprint has deployed “Network Vision” to build an all-new network with an updated 3G network and new 4G LTE network.

Additionally, Sprint has greatly improved the customer experience over the past several years. According to the 2013 American Customer Satisfaction Index, Sprint is the most improved company in customer satisfaction, across all 47 industries, over the last five years. When you combine Sprint’s top-notch customer service with one of Sprint’s powerful 4G LTE devices – such as Kyocera Torque, HTC One or Samsung Galaxy S® 4 – and a Sprint Everything Data plan, it’s easy to see that Sprint is the best choice in wireless.

For the most up-to-date details on Sprint’s 4G LTE portfolio and rollout, visit www.sprint.com/network.