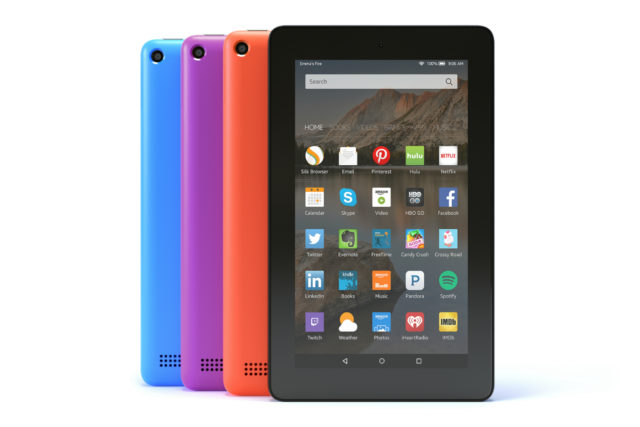 Priced at just $50, the Amazon Fire tablet is the perfect tablet for anyone who wants a budget tablet or gifters who want to stay under a budget. I can’t even start stating explaining how helpful the price of the affordable Amazon Tablet is until I had to buy tablets for my nephews and nieces eight of them! I’m one of those who benefited from Amazon selling the Fire tablet in a six pack bundle. Due to the success of the $50 priced Amazon Fire Tablet, the company is back again with some new colors — magenta, blue and tangerine — and a 16GB option for those who want more storage space. You’ll have to pay $20 more for the extra storage space. There’s also a 16GB Kids Edition Amazon Fire tablet that costs $120.

As for the spec of the new colored Amazon Fire tablets, you’ll be getting the same specifications from the former device which is 7-inch IPS display (1,024 x 600), Android (Fire OS 5) and the same quad-core 1.3GHz MediaTek processor. Thanks Amazon for another gift idea for 2016!