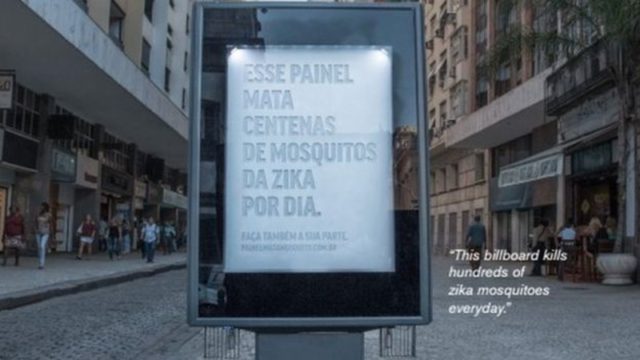 Several advertising agencies in Brazil want to help with the fight against the deadly Zika Virus, so they installed two specially made billboards that don’t promote selling a particular service or goods. The billboards are built to attract and kill mosquitos that carry the Zika Virus by emitting a special solution (made with lactic acid and carbon dioxide) that mimics human sweat and breath. Any Aedes Aegypti that is within a 2.5-mile range will begin to flock to the billboards and once they touch the boards, they get sucked into a glass panel that traps them and dehydrates them until they die. 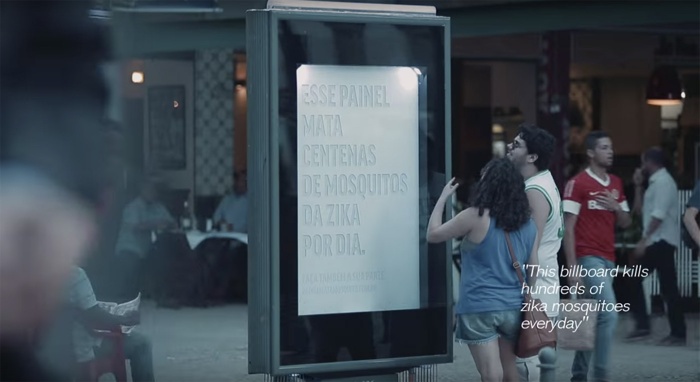 The ad agencies called Posterscope and NBS have also released the blueprint for the billboards online and they are hoping that other companies and popular cities build their own Zika Virus mosquito killer. To design a working model it will run you about $192 and the blueprint documentation is available on their site. A pest control expert was recently interviewed on BBC News that stated that any help to reduce the amount of mosquitoes that carry the Zika Virus is automatically appreciated since the virus has yet to be cured. I would only recommend that they place the billboard at a separate location away from the public because walking citizens and visitors may distract the mosquitoes and end up catching the virus.

The Zika Virus is still an imminent deadly threat to pregnant women and children in Brazil. The CDC released confirmed reports stating that the virus causes severe birth defects (such as microcephaly).