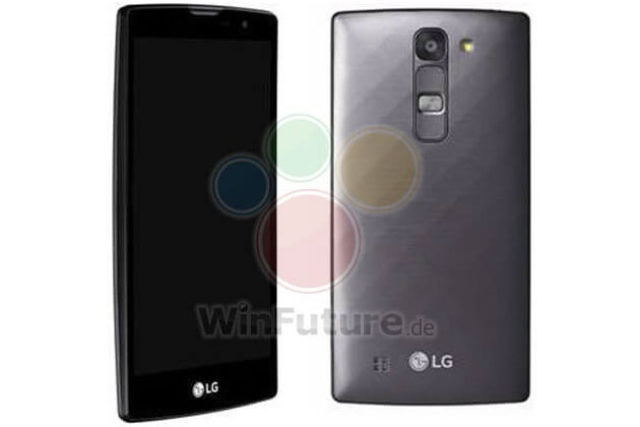 LG is releasing a mini version of their latest flagship LG G4 smartphone. dubbed as the LG G4c. Even though the G4 is yet to be released in several markets, the LG G4c is expected to arrive by early June and will be sold for $318.

Don’t expect similar specs with this device, as you would the original LG G4. The LG G4c (LG-H525N) sports a 5-inch (1280 X 720 pixels) HD IPS display, a slightly curved body (like the G4) and a diamond weaved pattern on the plastic back cover. It is powered by a quad-core Qualcomm Snapdragon 410 processor. sports 1GB of RAM and provides 8GB of internal storage. There is a microSD card slot for storage expansion and a 2540mAh battery.

The rear camera is a 8MP shooter that is paired with LED flash, while the front camera has 5MP. The LG G4c keeps the volume and power buttons on the back just the regular G4. 3G HSPA+, NFC and Wi-Fi are all supported. Of course it’s going to run on Android Lollipop 5.0 but LG’s UX 4.0 will be on top. The only available color options are Metallic Grey, White and Gold.

The LG G4c should arrive in Europe with Germany being the first to receive it in June (June 5, 2015).