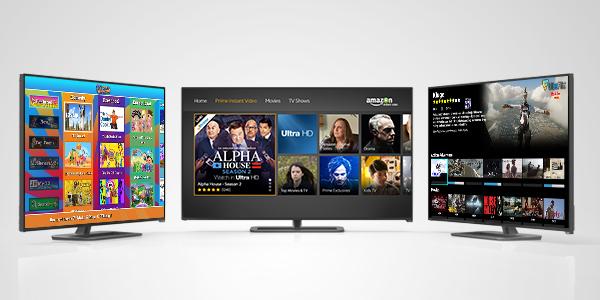 The 4k TV market is coming up with different brands pushing out their 4K TVs with different sizes and price. All we need now is a bunch 4k TV content providers so your pricy new TV set doesn’t serve as a decorative piece in your living room. Thanks to Vizio for their affordable P-Series Ultra HD/4K TV’s and the already available 4K content from Netflix for giving owners some satisfaction for their money. The Vizio Ultra HD/4K TV’s will be getting some more 4K streaming app support updates. The said firmware update will include an Amazon app with support for 4K, UltraFlix and Toon Goggles, both also have 4K content ready for  streaming. Robert Heron further explained that, “When the new firmware rolls out, it will fix a bug that overly sharpened the picture on still photos, Blu-ray movies and even 4K video, while also improving the LED backlighting and motion processing.” The new v1.1.13 firmware update will hitting your smart TV in the “coming day,” let us know what you think about it.