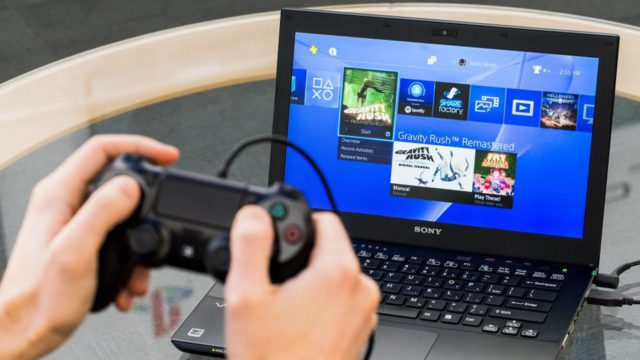 When Sony announced we’d be able to Remotely Play PlayStation 4 games on a PC or Mac back in November, some didn’t expect the feature to be available soon. Well, Sony’s 3.50 system PS4 update arriving today brings Remote Play to PC and Mac. The PS4 Remote Play feature will allow you to play your console games on your PC or MAC. It’s worth noting that you can’t play beyond 720p

You’ll be able to select from the following resolution and frame rate options, depending on your Internet bandwidth.

As for compatible operating systems, Sony’s Remote Play for PC and MAC is compatible

with the following system software:

The big Sony 3.50 system PS4 update also comes with a bunch new social features and “User Scheduled Events” that lets you schedule gameplay sessions with your friends. The updates “Play Together” feature that allows all members of a Party to see what each person is playing so that you can easily join a friend’s game, or start a new game together.

See the source link below for a detailed list of features coming to you PS4.