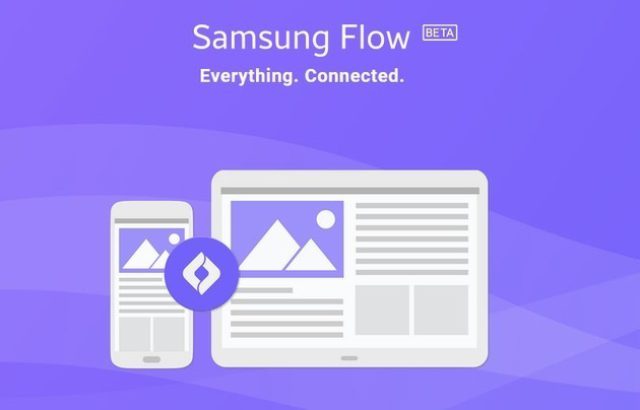 The Samsung Flow was initially revealed sometime last November, the app lets the user share their activities between devices. Even though the app is still in its beta testing phase, Samsung is willing to let the public take it for a spin. For the first phase of the Samsung Flow beta testing, the app will only be available in the United States for those of you with a compatible Android hardware.

The Samsung Flow app allows your applications to seamlessly transition your activities across devices and across time. With Flow you can change devices in the midst of an activity or pause an activity until you’re ready. Samsung Flow’s connectivity uses Bluetooth LE to advertise your device’s availability, and it uses Wifi (if devices are on the same network) or Bluetooth (if they’re not) to communicate between devices. The app does not use a central server to store your activities as it’s based purely on a peer-to-peer platform; your devices communicate directly (and only) with each other. This simply means, your devices need to be near each other and powered on to work. The beta application, available on Google Play, see the full list of supported devices below.

As of now, Flow supports: