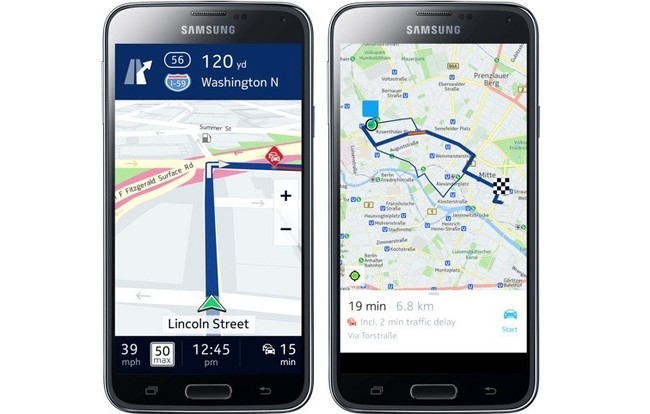 The Nokia HERE Map beta has just been released on the Samsung Galaxy Apps store. The licensing agreement between both companies gives only Galaxy device owners access to its offline maps, turn-by-turn navigation and transit features at no extra cost. The app is available for select Samsung smartphones, non Samsung users will have to wait a little longer to to grab the app, as Nokia’s intention is to compete against Google Maps. The Nokia HERE Map users can download different maps in whole, unlike Google’s maps which only allows you to download small segments. I have a couple of the select devices running CyanogenMod, I installed the Nokia HERE Maps and it it works just fine. You will have to  download the Samsung Galaxy Apps store first to get the mapping service if you are running a different ROM on your Galaxy device.