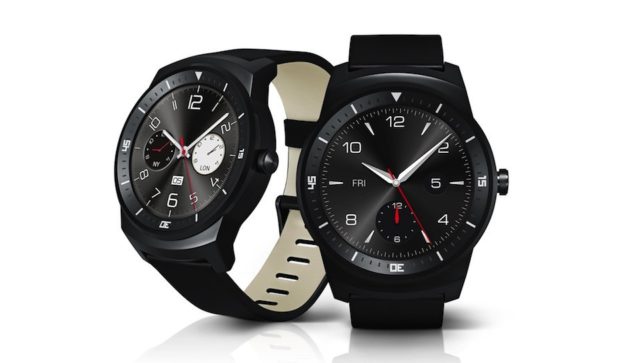 It seems like LG just caught the round face Android Wear fever, to the point they couldn’t wait to launch the their new round face LG G Watch R. We saw a couple of teasers of the G Watch R and some retouched pictures couple days ago. You no longer have to search the whole web to see what the watch looks like  as the South Korean manufacturer just made the its G Watch R official. The G watch R will be available later this year, giving Android Wear fans enough time to make up their mind. You could say the G Watch R is going head-to-head with the Moto 360, but I think the G Watch R wins this when it comes to having a complete round display. The watch comes with a  1.3-inch Plastic OLED (P-OLED) full 360-degree display that produces a “stunning image clarity even under bright sunlight”  as stated by LG. 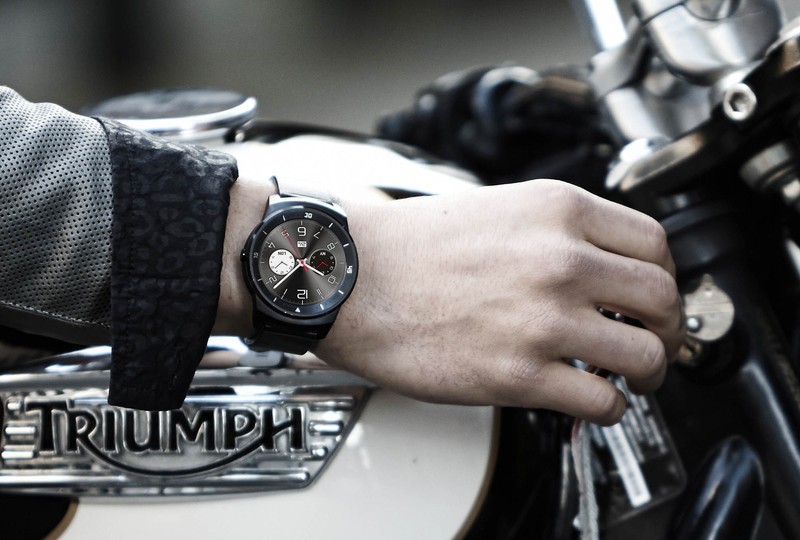 It comes with an interchangeable 22mm “calfskin” leather band strap, powered by a Qualcomm Snapdragon 400 processor running at 1.2 GHz. The LG G Watch R packs 4 gigabytes of internal storage, 512MB of RAM and a 410mAh battery. The large battery is not all that’s stuffed in  in LG’s latest addition to Android Wear devices, there’s also a gyroscope, accelerometer and compass, a heart-rate sensor and a barometer (makes sense because of the altimeter widget showed up on a watch face in one of LG’s teasers.) Will Motorola head back to the drawing board, or will they just sit back and ‘take the L?” As doe my wrist and I, I think I might just wait it out. LG indicates that the G Watch R will go on sale in early Q4 of this year, which suggests sometime in October or early November. LG is keeping the watch’s price under wraps but it says that cost will vary by market.