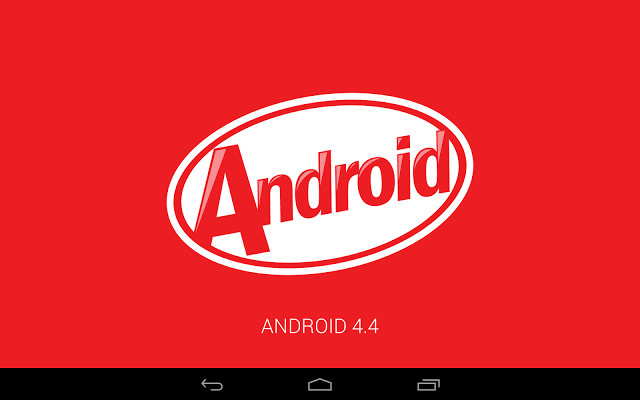 One of the most appealing reasons for the purchase of a Nexus device is the guarantee of timely updates directly from Google. With a slight delay of about a week due to some last minute bug fixes, Google has started to deliver the 4.4 Kit Kat update to their Nexus devices.

I received my 4.4 Android system update prompt yesterday afternoon and after pressing to restart and install, my system started the upgrade process which took about 20 minutes to complete from full shut down to a usable home screen.

Upon my first boot, the first thing that I noticed was how quick my device felt. Swiping through my home screens and the app drawer was definitely a lot more responsive than it previously was on 4.3. Deciding for myself to check if this was a placebo effect of a refreshed system, I pulled up the Google keyboard (which also received an update in the Play store) and tested it out. Typing and swiping have been improved with none of the “ghost touches” or multi-touch issues that I was having on the prior version of the OS.

Multitasking has also had a noticeable boost in speed. You can swap between apps much faster now. This is most likely related to the smaller memory footprint required by this version of Android as well as the numerous optimizations by Google. So far so good, right?

Unfortunately for those expecting the GEL (Google Experience Launcher) that is included with the Nexus 5, you will be disappointed. It was not included with this device update. The translucency that comes with that launcher and the “always on” Google now features are also not included.

Protip: You can install the Google Experience Launcher if you sideload the APK file for it. It will not give you the translucent system bars but you will get all the other launcher features including the “always on” Google now.

Emoji have been a part of Nexus devices since the Jellybean update. While they worked, you had to navigate into your settings menu, download a special dictionary and activate a special “IME” keyboard. Even then you had to manually pull up the emoji keyboard separately when you wanted to use it and the displayed emoji were black and white unlike the colorful custom iOS versions.

With the 4.4 update, that has all changed. Your Google keyboard now has a dedicated emoji key which allows for you to seamlessly share emoji with your friends through various apps. They have also been updated to the colorful versions originally featured in the “Hangouts” app. This is a long overdue function for stock Android and it’s great to see it included natively.

A nice touch is the full screen album art that is now prominently displayed on your lock screen when you are listening to music. It doesn’t really add any functionality but it is aesthetically pleasing to the eye. You still have your functional lock screen music player controls and a swipe towards the right will reveal any lock screen widgets that you may have.

Kit Kat now brings native and system wide support for cloud printing. Go into the settings for Chrome or Quickoffice and you will find the option in the drop down menu. If you have a WiFi enabled printer (especially from HP) attached to your Google account then you can print from any where that you have WiFi access. Prior to this you had to download a separate “Cloud print” app and it while it worked, it just wasn’t as well integrated as this solution. This is a great feature for power users on the go.

Also updated is the “set as wallpaper” option based through the gallery. Prior versions required you to crop your wallpaper in strange ways and would usually result in your image being distorted . This new update to that function attempts to fit your picture with as little distortion as possible and far less hassle. It’s not a perfect implementation but it mostly works.

When Google introduced Android 4.0 and its new interface, they also introduced “soft buttons” which are on screen buttons that take the place of the hardware buttons of former devices. Some people love them and some people hate them. Say what you might, but there is something to having tactile feedback when you are using a device which soft buttons just don’t have. One issue with the soft buttons is that they also take up valuable screen estate on devices that are small to begin with. The solution for this is called “immersion mode” in which the app that you are using will hide all onscreen bars and buttons so that you can use all of the available screen estate. This feature is not native to all apps yet but developers should begin to add this feature to their apps shortly. To get your status bar and buttons back on screen just simply swipe down from the top of the screen.

Tablet cameras have rarely ever been great or even a selling point and the Nexus 7 2013 model is no different in this regard. The updated camera app is still a pain to use and non intuitive for the average user. Sure, it has a large blue button (Kit Kat’s accents are white…ooops Google) that makes taking snap shots easy but the settings make no sense as they end up not just under your finger where you can’t see them correctly, but they travel and disappear on you at the worst times. The auto focus is also frustratingly random and slow much of the time. I was not able to locate the “HDR” option that is on the Nexus 5 so my educated guess is that it is not included on the Nexus 7 version of 4.4. It greatly improves the pictures on the Nexus 5 so it’s a disappointment that it was not included with the Nexus 7. Online reports say that Google is working on an improved camera app but it was not ready for the launch of Kit Kat. I certainly hope so because there is plenty of room for improvement in this area.

New to this version of Android is the “Art” run time compiler which will replace Dalvik at some point. I activated “Art” and rebooted my tablet as required. As “Art” has to go through all your apps and “optimize” them (to keep it very simple) your mileage may vary as to how long your first boot will be after you activate it. I have my 32gig Nexus 7 which is nearly full ( under 1gig of space left on it) so the process took quite a while. If you are an app junkie like me, expect to wait with that first boot up.

Not all apps work with “Art” but those that do will generally boot faster and run smoother. With a Google search, you can find out which apps are deemed compatible but honestly the best method is to simply use your Nexus as usual. I have yet to experience any problems with any of the standard apps that I use. They either run at about the same speed or much faster. I’m definitely looking forward to the day where this project is completed and is the android standard.

Battery life is exceptional for such a portable device
I have not run a comprehensive battery test on Kit Kat but in 2.5 hours of normal use (web surfing, streaming music and video, taking pictures, hangouts) with a screen time of 57 minutes on, I still have 93% of my battery life remaining. Suffice to say that this device should easily get your through a long plane ride. You will definitely make it from JFK to LAX (6.5 hour flight) with juice to spare on this device.

If you have a Nexus 7 2013, the 4.4 update is a great evolutionary update to your 4.3 device. You will get a speed boost overall and much better responsiveness out of your system. Visually there aren’t too many differences. A new icon here and there (such as the camera icon) and most icons have been changed from Holo blue to white. I say most because it seems that Google forgot to change colors in a few places. The multitasking menu in particular and certain parts of settings are noticeable. These are easy things that Google can fix with an OTA update and hopefully they will do that soon. While many people cringe at using their tablet as a camera, there are just as many who have no issue in doing so. For those people, they may want to download a 3rd party camera app for now until Google updates the built in app with a more intuitive menu and faster functionality.

One last thing, there is also a screen recording option built into Kit Kat but it is not user friendly as it requires either root or knowledge of ADB and the command line. Tread carefully if you decide to try this feature.