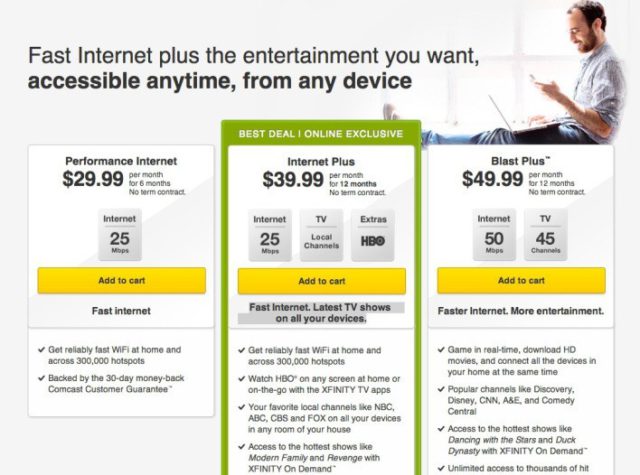 It’s impossible to find someone who doesn’t love HBO, now Comcast has the right offering for you that’s as close to having HBO by itself. I have friends who literally just watch just HBO year in year out, and wished they didn’t have to pay expensive cable bundles. The recent “Internet Plus” promo found by GigaOm shows the companies offering that consists of Comcast’s Streampix service and 25Mbps internet access, local TV channels and HBO for just $40 a month. The Internet Plus pricing is only valid for the first year, $70 per month after that. This could mean that Comcast just took a first step towards unbundling HBO. Time Warner’s CEO Jeff Bewkes, whose company owns HBO said that bundling HBO with broadband plans, is “an offer you can’t refuse.”