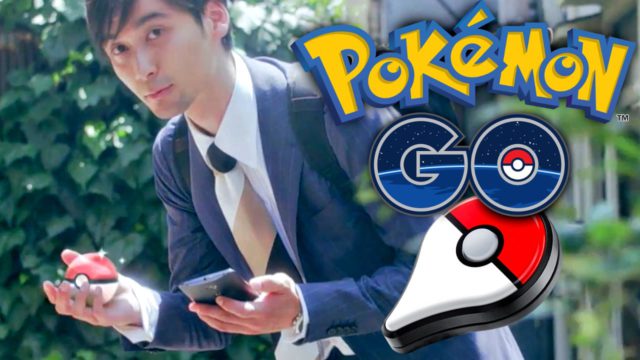 After a brief field test in May, Pokémon GO the augmented reality mobile game from Nintendo and developer Niantic Labs is finally rolling out in for Android and iOS devices in select countries. Pokémon GO allows users to collect, train, and battle Pokémon characters in the real world. The app will initially be available in the United States, Australia, and New Zealand. Both the Play Store and iOS app store links are live but some US users like me can’t find it in the app store or get the “no eligible device for app to install” when I try to install from PC.

Niantic Labs’ Ingress players will definitely feel at home with the Pokémon GO as it’s based off the same concept. If you are a Pokémon fan and you missed the title’s development, the game lets you live the story of being a Pokémon trainer by using your smartphone’s camera and sensors, as well as location-based algorithms, to place pokémons in the real world. Long story short, this means, you can travel around to landmarks and notable locations in your city, catch the creatures, train and battle them at gyms. The Pokémon Company is also selling a $35 wearable Bluetooth device that notifies the wearer when a Pokémon is available for capture. If you are in the US or Japan and you’re getting the “this item isn’t available in your country” error from the Play Store, the company recommends that you wait for a while. If you own an Android device, the Pokémon GO APK file isn’t too hard to find.