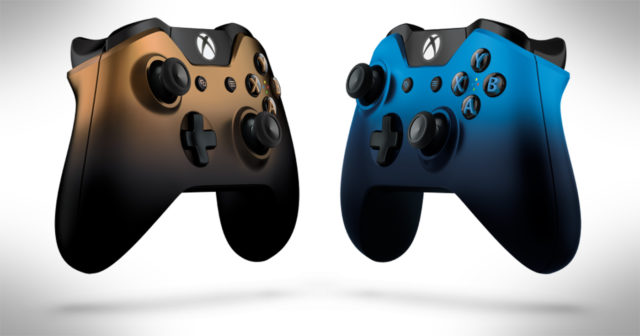 Microsoft has so many variations of the Xbox one controller that we’ve even lost count or track of them all. To add to never ending list of special edition controllers, Microsoft just unveiled a pair of shadow design controllers with some unique color gradient finish. The shadow design Xbox one controller models come in “Copper Shadow” and “Dusk Shadow” hues that fade to black toward the bottom. The shadow design controllers come with all the standard features of the Xbox One Wireless Controller, including Impulse Triggers, responsive thumbsticks, an enhanced D-pad and a 3.5mm stereo headset jack. Both controllers are available for pre-order starting today for $69.99, you’ll be able to find them on store shelves at participating retailers in North and South America later this month. The rest of the world will have to wait until April to get their hands on one.