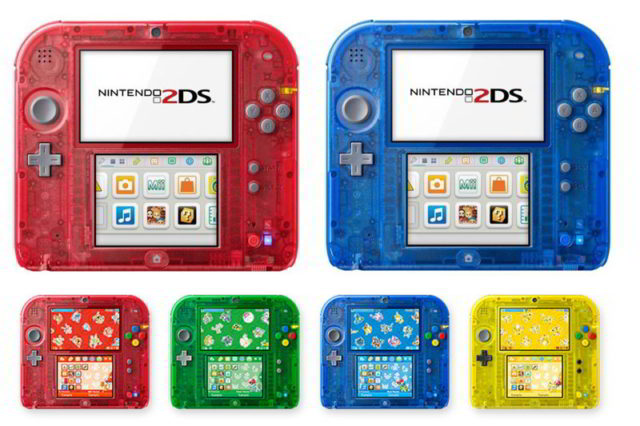 Nintendo has several rumored items coming for gamers worldwide in 2016. One of the newest things to hit the surface is the new Nintendo 2DS Limited Pokemon Edition game console. Since Pokemon will be having it’s 20th Anniversary coming up soon, Nintendo decides to release four different Nintendo 2DS that will also be launching with the Nintendo 3DS. Colors from the original Pokemon games from the Gameboy classics such as Red, Blue, Green and Pikachu Yellow. The games that match the colors will also be bundled in as well. Both the Nintendo 2DS & Nintendo 3DS will come in these colors. The Red & Blue models have already shown up in Europe with the lastest Pokemon title release. The Nintendo 2DS will arrive in Japan late in February next year, which will mark the devices first apperance in the country.