With the successful release of Windows 10 three weeks ago, Microsoft is preparing to give a Windows 10 preview for Xbox One testers to give the new refreshed UI a spin before it goes public.

The next Xbox One update for Windows 10,  that will be coming this month will be aimed at game streamers that wish to stream their games in 1080p at 60 fps. Microsoft has made the featured setting available for all users, but the do warn with a precaution “the new streaming capability works best for gamers who have home networks with adequate bandwidth.”

Microsoft has also added group notifications, more control options, and player achievements for the Windows 10 app. Users will also be able to add games to their collection, as well as addressing some log-in issues, localization errors and game streaming quality. The Xbox app on Windows 10 should automatically receive the newest update today if they are available in the Windows Store. Once you receive the update, your version number should be 8.8.6000.00000 or higher. You can verify the version number of the Xbox app on Windows 10 under Settings > General later today. 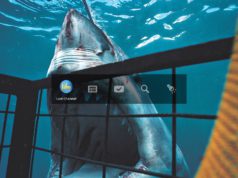 TwitchCon 2015 Is Headed To San Francisco