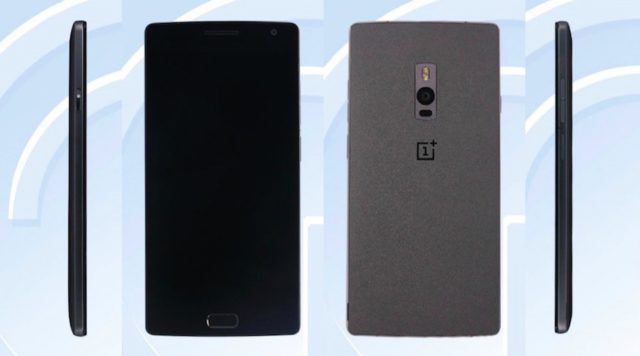 Chinese mobile brand OnePlus usually keeps new tech and tech-related things under wraps, but the guys over at Engadget have just spotted a shot of the upcoming OnePlus 2 from Tenaa. OnePlus did speak on the OnePlus 2 having a fingerprint scanner, and based on the image above that button makes sense now, especially since the first OnePlus didn’t have any physical buttons other than the power and volume.

So far what we know about the OnePlus 2 is that is will have a Snapdragon 810 CPU, 4GB RAM, a 3,300mAh battery, 13MP rear camera, dual SIM cards and laser focusing on the rear camera. The material backing of the OnePlus 2 is still the same, but this year a metal frame will be accompanying it. Rumor has it that the OnePlus 2 will be invite-only like the original One Plus was. Chances that it will be around $300 is expected, but we will find out officially from OnePlus at its device launch on July 27th.