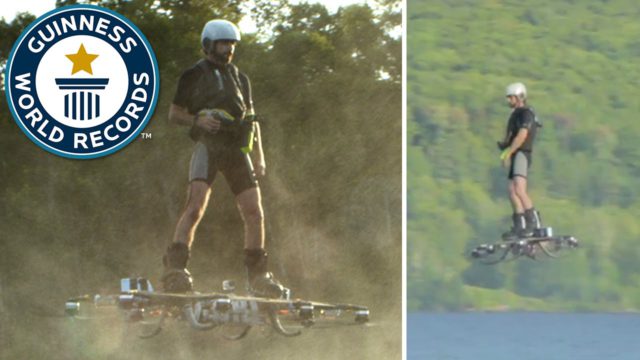 With every day that goes by, some inventor, designer, creator, developer– comes up with a new product or concept that make me wonder what the next twenty years will look like. Ever since Marty McFly forcefully borrowed that hoverboard from the little girl we’ve all been obsessed with making one. A Canadian inventor named Catalin Alexandru Duru finally built and successfully tested what he calls “the first real-life hoverboard” that will make the hoverboard in Michael J. Fox’s 1989 Back to the Future Part II look like a toy. Catalin Alexandru Duru set a world record by piloting his hoverboard in Quebec, hovering almost 1000 feet on Lake Ouareau, earning him the “longest journey on a hoverboard.” “The prototype can be used anywhere,” Duru explains in the video below. “But is usually tested over water because of how dangerously high it can fly (which is ironic considering that the movie joked that it can’t).” I guess Marty McFly would be a bit jealousy because his hoverboard couldn’t work on water. As for me, I’ll like to put Catalin Alexandru Duru’s hoverboard in the league of Green Goblin’s which is more technologically advanced. No, Imagine some US. special forces guys standing on a bunch of these coming for the bad guys, I rest my case. 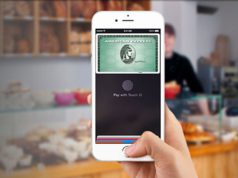 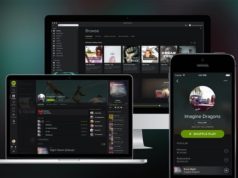 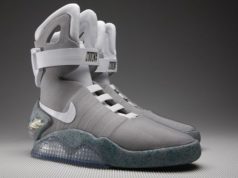 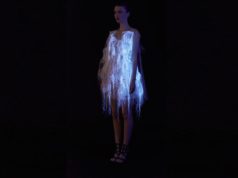 If looks could gleam! A flattered dress? (Interactive Dress that Reacts to Stares)