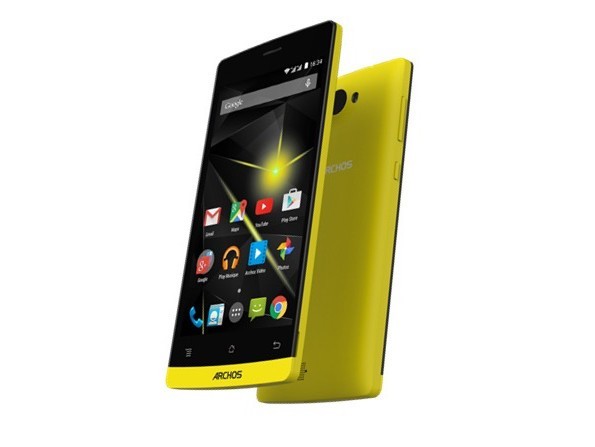 CES 2015 is just a couple of days away, getting new announcements from manufactures isn’t a taboo at this point, as most of them do announce their devices before the day. Archos just joined the early announcers by introducing a slew of devices to be revealed next week at CES 2015. Taking the lead is their Diamond smartphone and the 80b Helium tablet.The Diamond is a five-inch 1080p handset powered by a Snapdragon 615 SoC. It comes with a 2GB of RAM, 16GB storage (microSD expansion), and supports dual SIM cards. In the camera division, the Archos Diamond smartphone has a 16MP main camera, and an 8MP front-facer. 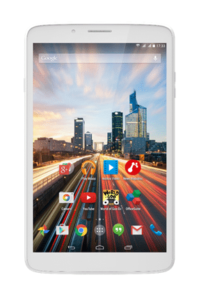 The device is powered by a 2700mAh battery, and it ships running Android 4.4.4 out of the box. The Archos Diamond smartphone undeniable has some decent specs, and a killer price. The phone’s set to sell for under $200, while the 80b Helium tablet will be available for less than $150. Archos also plans to announce a range of affordable Helium smartphones and tablets (45b, 50b, and 50c phones and 70 and 101 tablets) too.

Paris – January 2, 2015 – ARCHOS, a pioneer in Android™ devices, unveils its new 4G tablets and smartphones ranges at CES 2015. With the evolution of mobile technology and the advancements 4G offers, ARCHOS continues to innovate answering consumer demand for high performance smartphone and tablet technology with an affordable price tag

The latest offering from ARCHOS provides a range of high quality and great performance 4G smartphones and tablets starting at under $80.

ARCHOS Diamond, the best 4G smartphone ever under $200

Announced at the “Paris CES Unveiled”, the ARCHOS Diamond boasts both sleek design and 4G compatibility. The Diamond is fully loaded with an octa-core processor, 16 GB of internal storage and 2 GB of RAM, a 16 MP camera, and a 5 inch full HD IPS allowing users to fully enjoy games or movies without delays thanks to 4G speeds.

Previously dominated by entry-level handsets with basic functionality, the sub-£200 smartphones segment is now more competitive than ever, thanks to ARCHOS offering handsets with an unprecedented set of features and outstanding performance in this category.

“In 2014, consumers don’t have access to high performance handsets from traditional smartphone vendors below $500” says Loïc Poirier, General Director of ARCHOS. “With the ARCHOS 50 Diamond, we are pushing forward the same advanced technology but we make it accessible to all consumers.”

Downloading an HD movie (2 GB) and watching it on your tablet, in less than 3 minutes is now possible with 4G technology!

With the resolution of the ARCHOS 80b Helium 4G, consumers can not only enjoy various multimedia content but also enjoy all the games available on Google Play Store, thanks to its 1.5GHz Quad Core processor.

A full range of 4G smartphones and tablets

ARCHOS does not stop there because the brand will also announce a full range of 4G smartphones, including the renewal of the range Helium, with 45b, 50b and 50c Helium and new tablets, the 70 and 101 Helium all offered at affordable prices.

For more information about ARCHOS and its entire selection of Connected Devices, visit us during CES 2015 at Sands Expo Hall A-C, Booth 70437 or at www.ARCHOS.com