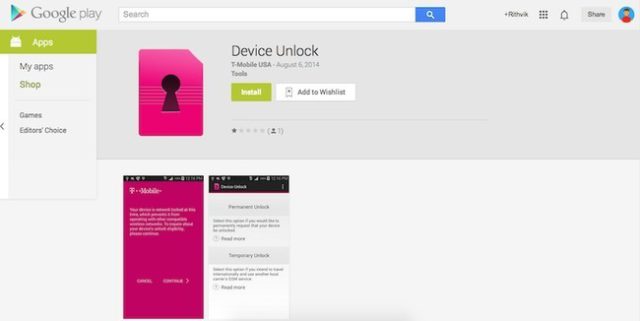 The T-Mobile Device Unlock is no longer a myth fellow humans, the rumored device-unlocking app from T-Mobile is now in the Play Store. The company released the T-Mobile Device Unlock app to Google Play earlier today, to help phone owners undo carrier locks. The app offer two different unlock option: Temporary, and Permanent. TmoNews previously reported that the Temporary Unlock option is a 30-day affair, while the Permanent Unlock type defines itself (I’d guess will have eligibility requirements.) Of course there’s a catch, and we hope to get the official terms from T-Mobile soon. At moment, the app is only available for the Samsung Galaxy Avant — low-to-midranger phone that cost a couple of hundred bucks. You can get to install the app on other devices, but it doesn’t function. Let hope they get more device to work with the app in the near future.