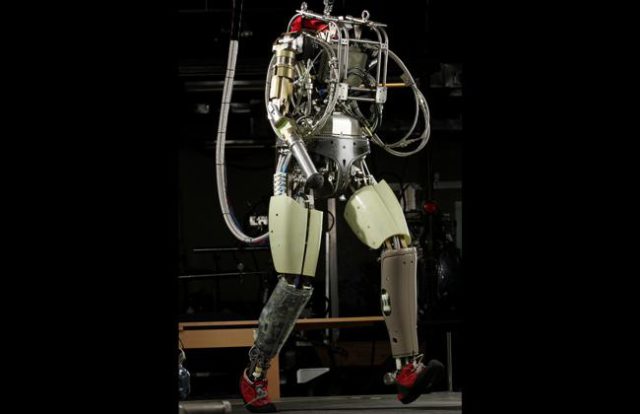 Recent news coming from The New York Times reports that Google has confirmed the acquisition of Boston Dynamics. Google revealed sometime last week that it already had plenty of robot projects underway, and they’re headed up by Andy Rubin the same man who made the company’s Android operating system. Boston Dynamics is the engineering company that built the DARPA projects like WildCat/ Cheetah, Atlas, Petman, and Big Dog. Adding Boston Dynamics to its arsenal of robotics company buy, is an indication that Google wants in on the action of “robots-are-our-future.” At the moment there are no specific products to expect, or how much Google paid for the acquisition, but we all know that Google+Robotics = kickass consumer robots. Check out the video of Petman robot from Boston Dynamics below.

The future is looking awesome! http://t.co/iFA53b9qDC