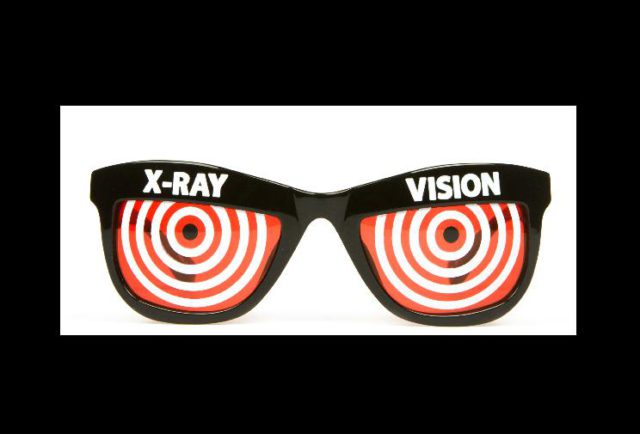 A highly advanced device with the ability to see through walls?

Not too long ago – 80 years to be more specific – a man made of steel with great powers introduced us into the world of x-ray vision, an ability that many of us might have dreamed about having one day. Me? I prefer reading people’s minds but that’s a whole different story.  Since it is not possible for nature to create super-humans, technology always finds a way for us with highly advanced devices.  Like the Wi-Vi.

Dina Katabi, a professor in MIT’s Department of Electrical Engineering and Computer Science, and her graduate student Fadel Adib, developed a handheld detector that has nothing to do with traditional X-rays. Wi-Vi is more similar to the concept of radar or sonar imaging being capable of detecting humans behind walls or in closed rooms by transmitting low-power Wi-Fi signal reflections to track movement.  And this is how it “sees through walls”.

Basically the system has two transmit antennas and a receiver. The two antennas transmit almost identical signals creating interference and cancelling each other out.   So only the reflections that change between the signals, such as movement, are sent back to the receiver.   In Adib’s words “So, if the person moves behind the wall, all reflections from static objects are cancelled out, and the only thing registered by the device is the moving human.”

One of the advantages is that it works with conventional Wi-Fi signal which are open and accessible for everyone so it doesn’t require any approval for its use – from the military at least.

This small device can offer many uses as for example finding people trapped in rubble, help police officers to identify the number of criminals inside a building or for personal safety, when you feel you’re being followed.

Wi-Vi will be presented at the Sigcomm conference in Hong Kong in August.