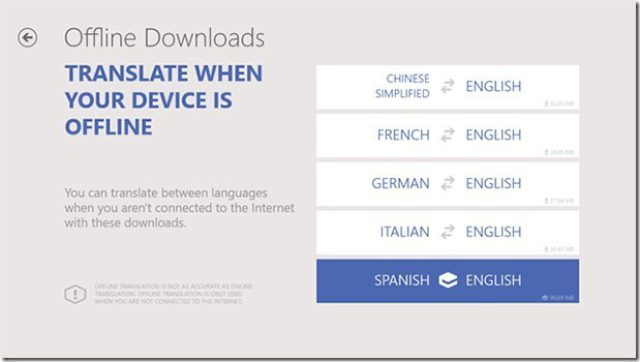 Microsoft just announced the release of the Bing Translator app for Windows 8 and Windows RT today. The app has been available on the Windows Phone for some time, according to a post on Bing’s official Blog, the program was specifically built “from the ground up” for Windows 8. It’s nice to see that all of the mobile features like the camera-based translations to deliver “augmented reality” translation for seven input languages, is also available on Windows 8. The Bing Translator supports a total of 40 languages, and is available in for offline use, just by downloading the language packs. The offline mode allows you to use the app without a WiFi connection, the app is currently available for download in the Windows Store, see the video below for the app in action.