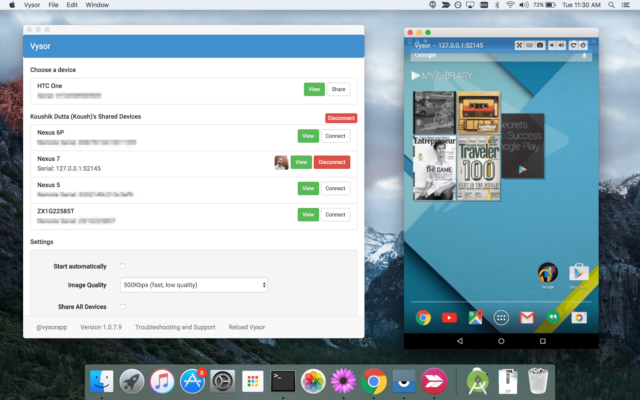 Google developer, Koush, just announced a “Share All” update to his device mirroring app Vysor. The new update allows the user to share multiple android screens to a single PC, Linux or Mac at once. The “Share All” feature lets you set up an Android device farm in just a few clicks, as seen on his recent Google Plus post, users will be able to “pass the link around to your team members, and grant them access to the server when they connect.” The Share All feature beats the original Vysor Share hands down, apart from linking multiple Android phones to one computer, the server grants remote adb access to the device, as well as screen/touch events.

Developers will certainly find the new Share All feature useful for managing their test devices on a single computer and also be able to share remote access with the rest of the team.