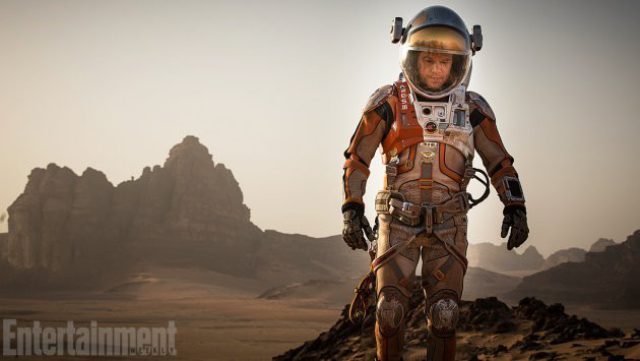 It seems like Matt Damon can’t get enough of space movies. After his appearance in Interstellar, Hollywood is sending Matt into space again in The Martian. The Martian is directed by Ridley Scott, it’s based on Andy Weir’s self-published novel. The Martian stars Matt Damon as an astronaut who was originally thought to be dead after he was left on Mars by his crew after a massive storm. Begin home sick after you’ve been left on Mars shouldn’t be your problem, surviving its harsh climate before comes it what you should worry about. So to survive, he has to “science the shit” out of his hopeless situation and make do with few supplies as he attempts to survive and signal back to Earth for pickup. The Martian has an all-star cast featuring Jessica Chastain, Kate Mara, and even Donald Glover, I hope it doesn’t end up like Prometheus. The Martian will debut in theaters on November 25th see the trailer below.