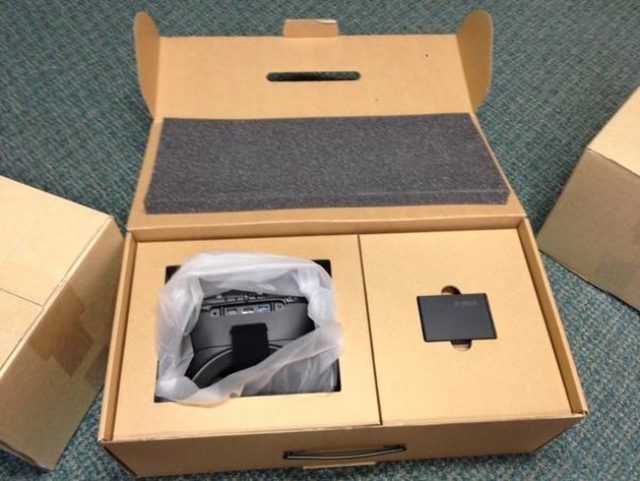 If you happened to be among the select software developers to jump on the opportunity to get HTC Vive virtual reality headset, the light is at the end of the tunnel. Valve just confirmed that they started shipping their first round of the HTC Vive Developer Editions headset to major movie studios, triple A developers, to small indie teams working on their first title. Thanks to Devin Reimer for the featured image above, he seems to be well pleased with his new HTC Vive. If you don’t happen to make this first batch, Valve also stated in a recent blog post that they “will continue to ship to additional developers through the spring and summer.”

The headset box comes with 2 Lighthouse base stations, 2 wireless Steam VR controllers, various cables, instructions, and everything else needed to get started. While we mortals watch the developers have fun with their new HTC Vive Valve hints of a consumer version making it to homes later this year “This will allow developers to target the same system consumers will have in their homes later this year.”