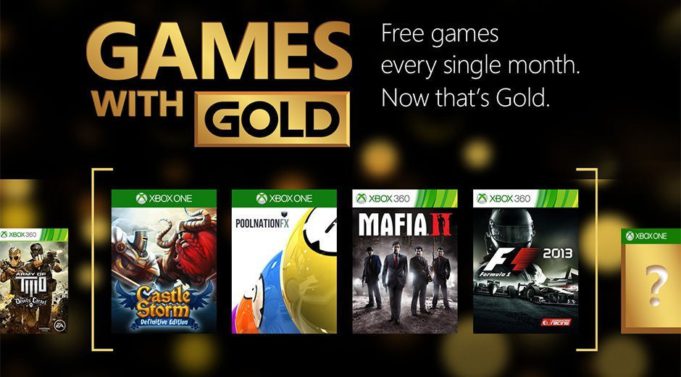 Lately for the past few months, all Xbox Live Gold members have bee receiving free game titles for joining the program. Next month (May) the Games with Gold program will be giving away three new games for free for both Xbox One and Xbox 360 owners.

Pool Nation is free again for another month and CastleStorm: Definitive Edition (was $14.99) will also be free (from May 1-31), both only on the Xbox One console.

There are also new rumors of another F1 title that could be appearing later this year (F1 2015) for both the Xbox 360 and the Xbox One.

If you haven’t made the move yet to become an Xbox Live Gold owner than you can obviously see that you are missing out on some good freebies and great deals. I guarantee you that next month will be even better, so what are you waiting for? Hurry and go pick up that monthly subscription to Xbox Live Gold.