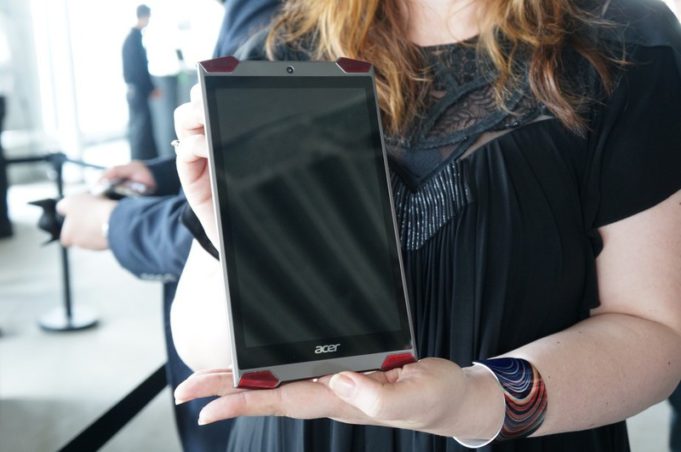 Acer has unveiled a brand new gaming tablet in the market, the Acer Predator Tablet. The Acer Predator was introduced recently at the company’s annual conference in New York this past week. Acer also announced (similarly designed) the Predator gaming notebooks and Predator PCs.

There hasn’t been a technical stat sheet released yet but what we know now about the Acer Predator tablet is that it has an 8-inch vivid display with an unknown resolution (possibly QHD, FHD or higher resolutions, like UHD). The Acer Predator will run on Android OS and it comes equipped with four speakers, around the edges. It is also said to have buil-in haptic feedback to aid ‘user session of play’.

The Acer Predator sports Dual Cameras, Micro-USB charging and 3.5mm audio jack. Currently we have no word on RAM, ROM or even the processor; a strong processor would be expected, to be able to match the Tegra K1 or better.

It’s highly expected for the Acer Predator to rival the NVIDIA Shield Tablet and any other gaming tablets. We can expect this gaming tablet by Quarter 3 (or late) 2015.