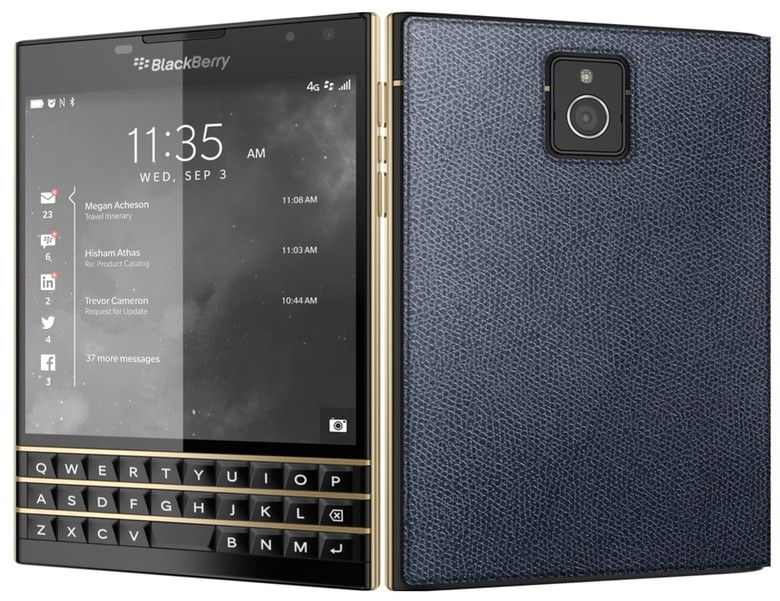 BlackBerry has just announced a limited edition version of the new black and gold versions of the BlackBerry Passport. BlackBerry even states that each device is engraved with the words, “Limited Edition,” and has the production number (like a painting!) etched on the bottom.

Even though the majority of the design isn’t changed, but the frame and frets are coloured gold, and the device comes with a specialty case made with a “soft calf leather with Valextra ‘costa’ lacquered piping.” Valextra is a well-known Italian leather goods manufacturer. The cover has a slim profile and is NFC-friendly, allowing message notifications and automatic power saving. BlackBerry built the Limited Edition Black & Gold BlackBerry Passport for the high-powered mobile professional with the most discerning taste.

Interested? Well they cost $999 CAD or $899 USD. Head on over to ShopBlackBerry and pick up one now. They only made 50 of them so hurry over there and let us know if you like the new version of the BlackBerry Passport.