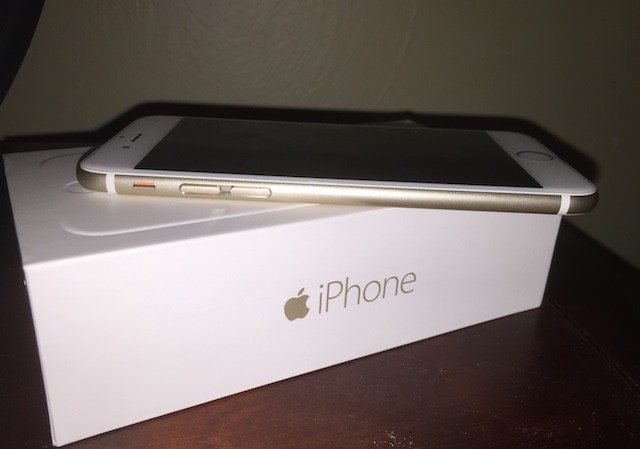 The highly anticipated iPhone 6 is finally here, at last Apple creates a phone with a larger screen. Being an diehard Apple fanatic I am very much underwhelmed by the new iPhone 6. The excitement was running high when UPS delivered my iPhone, as I opened the box I was met by an ugly white box with no detail. The box almost looks as if its a fake, all previous models of the iPhone had a picture of the actual phone on the box this one does not. Nor does it even say iPhone 6 on the side just the bottom, simply a raised outline of the phone on the top of the box. It comes with the standard usb lighting charger, wall adapter, headphones and manual. 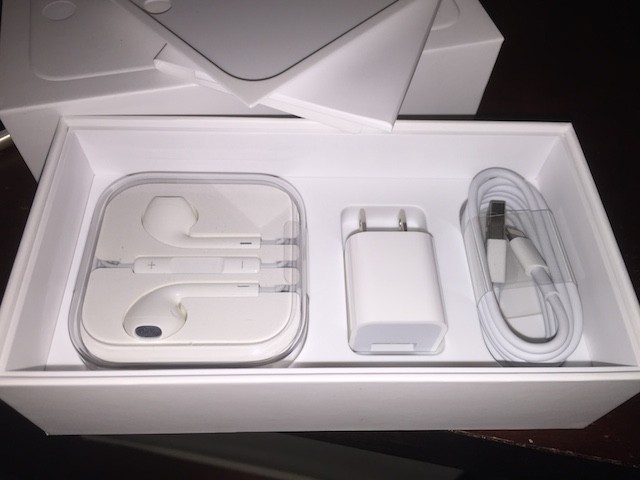 The look of this iPhone is very sleek its thinner than any other iPhone to date. Some may love the fact that the iPhone 6 is so slim but for me it still feels a bit awkward in the hand. Thats nothing a nice case wont fix, I purchase the gold version which  looks great besides the white trimmed antenna on the rear. 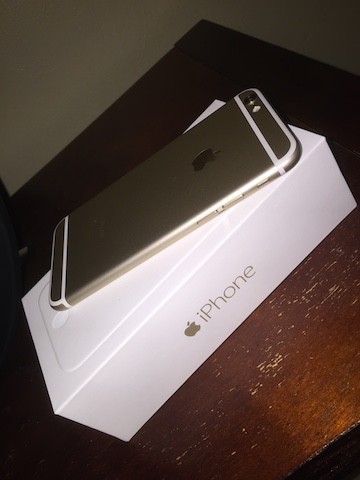 The iPhone 6 is simply a larger iPhone 5s with pretty much identical camera front and back and the internals a pretty much the same aside from the A8 processor. Which is hard to compare the a7 chip to the a8 because there was never really any terrible lag i experienced with the iphone 5s. iOS 8 flaunts new features that will actually make things a lot easier for you but will be awkward for quite a while. Luckily you can disable some of these features. Like the frequent contacts that show when you’re trying to force close background apps. All in all ios 8 is not something futuristic or groundbreaking just a plain update trying to catch up to android. Document previews sent via email to do not properly load as I use my device for work this is a major hindrance. I thought maybe all mobiles the documents wouldn’t load but my note 3 loads then seamlessly and the way you would see it on a pc or mac. The iPhone 6 is not too large and everything is quite easily reachable and for those with small hands there is the minimize feature. Simply double tap not press the home button and it will shrink what ever app it is and you can touch the top of it if your hands are too small. This feature may be more geared towards the iPhone 6 plus which is quite massive. 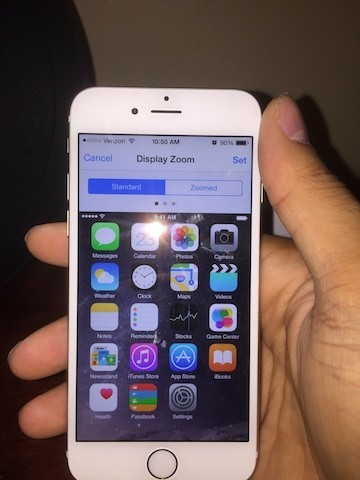 Well this is something that is very important as people are always on the move, this iPhone has no major boost from its predecessor. Actually is seems to be the exact same possibly even worse. I can not get throughout the entire day with moderate use of my iPhone 6, my day starts at around 630am and around 6pm I need to throw it on the charger because its completely dead. If I use the phone heavily I am only getting around 6-7 hours of use.

All in all I am one of those users who is sucked into the apple eco system due to imessage owning a mac and most of my friends having one. Apple did not deliver a groundbreaking product just a larger screen although its great to have a larger screen but it feels like Apple is playing catchup and many other manufactures have passed Apple. The iPhone 6 did not live up to all of the hype its received, good thing I didnt wait for hours in line to get one. Overall I am satisfied but this iPhone 6 does not give you anything to brag about.