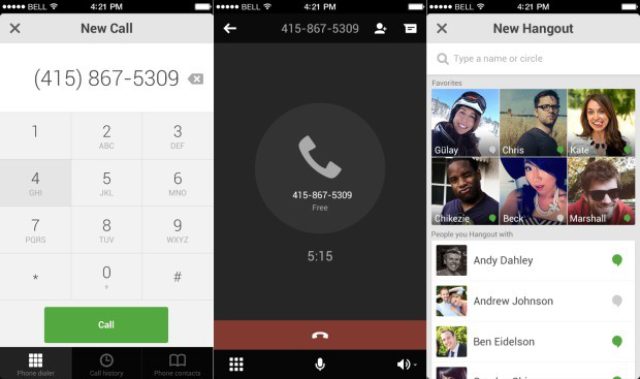 A recent update to the iOS Google Hangouts app brings the voice calling feature to the app, allowing users to call US & Canadian numbers free of charge. International calls can also be made from the Google Hangouts app for a very low fee. Core Google Hangouts users already know that the same calling  feature was rolled out sometime in July for the desktop version. There are a couple of new improvements features packed with this update, these include inline animated GIF support, indicators to seeing who’s reachable right now, and incoming messages will no longer stop your music. Android users will have to wait this out for now, as the update is only available for iOS devices (iPhone, iPad and iPod Touch)

– See which of your friends is using Hangouts, and who can be reached right now

– Call phone numbers from your iPhone, iPad, or iPod Touch (free to the US and Canada)