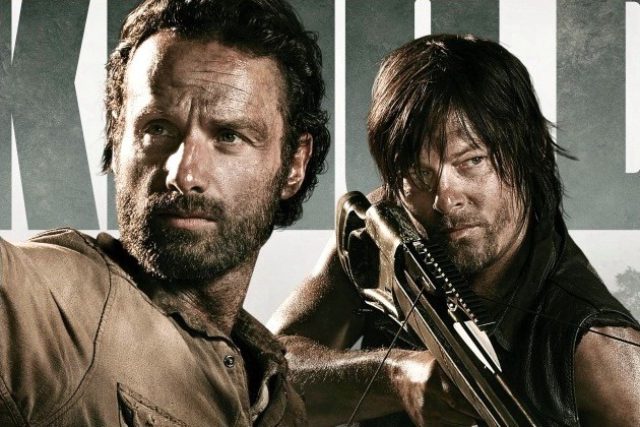 The trailer for the fourth season of AMC’s The Walking Dead has arrived, AMC premiered the trailer at Comic-Con 2013 yesterday. Comics creator Robert Kirkman had this to say of the upcoming fourth season, “Things are going to be way crazier; it’s an escalation,” so fans should better hang on for the ride. The trailer has every bit of action a true ” The Walking Dead” fan yearns, to keep them on the edge, and waiting till it premiers on Oct. 13 at 9 p.m. You can watch the four and a half minutes long trailer after the break, and start getting your DVRs ready for a new season of zombies munching on the flesh of the living.