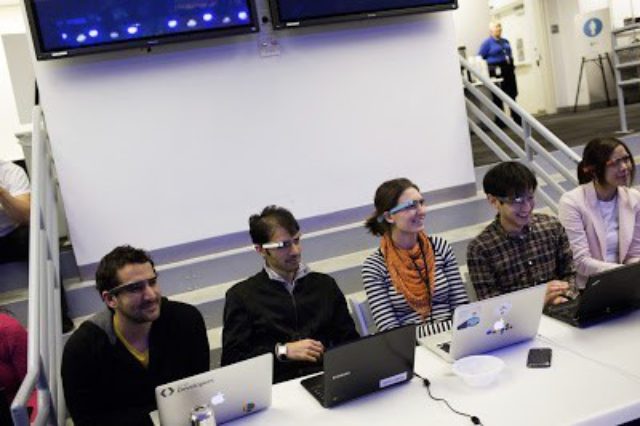 A group of lucky developers that signed up for the Glass Explorer Program at Google I/O 2012, held two hackathons some weeks back hosted by Google. With much not known about these events called Glass Foundry, the post on Google’s + page stated that “Glass Explorers were able to spend two days with Glass and the API we’ve developed.  They formed teams and built over 80 new ways to use Glass.” Explores that demoed at the Glass Foundry event, were identified as “Pioneer” of Google’s next generation of computing. With the details of the API still confidential, pictures are all we have to feed our eyes on More Images on: Google+