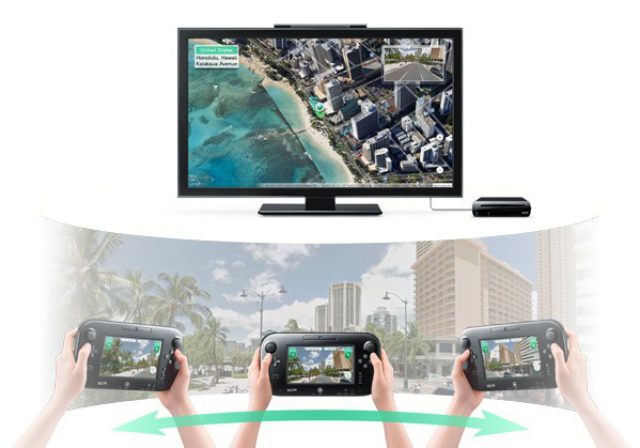 With the Wii U Street you can have multiple display, on your TV Screen, and the GamePad.
The Wii U’s GamePad’s motion control and touch screen makes it easy to move around and view a scene from any direction, recreating the location. There are 70 intriguing locations to choose from and view. If you have the Wii U console, download it and tell us what you think about.