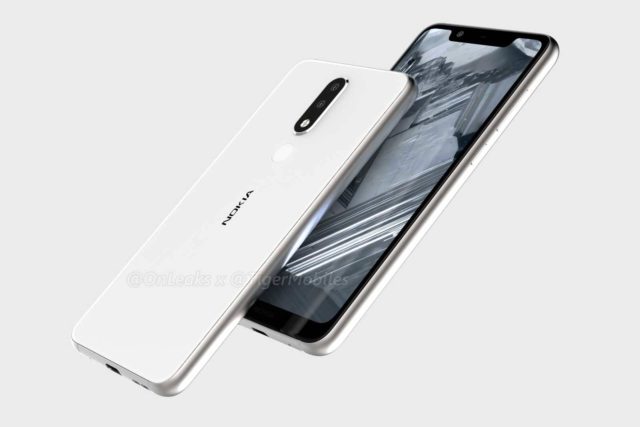 It’s like Nokia can’t get enough of the Notch fever, thanks to leaked images spotted by Tiger Mobiles, HMD Global which makes Nokia phones is working on a Nokia 5.1 plus. The Nokia 5.1 would be an upgraded to the Nokia 5.1 that was announced in February and the company’s second phone with a notch, the X6 being the first.

The pictured device in the leaks sports a 5.7-inch display and also packs a dual camera just like most 2018 flagship phones. The Nokia 5.1 plus keeps a couple of features from the original Nokia 5.1 like the volume controls, power button, fingerprint sensor and the headphone jack. The leaked image also suggest that Nokia will be moving the Nokia logo from the top to the chin, and they swapped out the Micro USB port for a USB Type-C port.

It looks as if the device will be available in at least two colors. If the leaks turn out to be true, then we’ll just have to hold on for+ the full specs of the devices, its processing power, launch date and its region availability.