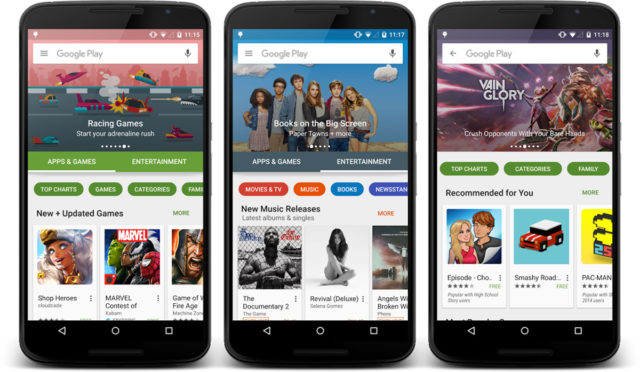 Looks like a new redesign is coming to the google Play store soon thanks to the images posted by one Google software engineer. The images post by Kirill Grouchnikov on his Google Plus page gives us an early look at what to expect with the new update. The new app store will come with a new look and better scrolling animation.

Apart from the aesthetic polish, the new Google app store will be divided into two main parts Apps & Games and Entertainment replacing the six categories of the current Play Store (Apps, Games, Movies & TV, Music, Books, and Newsstand.) There’s also support for languages that read from right-to-left coming, with engineer uploading images of the Play store in Hebrew. There’s no info on when the update will be pushed to Android users.

Check out Top Ballers: Expect These NBA Stars to Dominate the Court

by Brash Editor at Mode