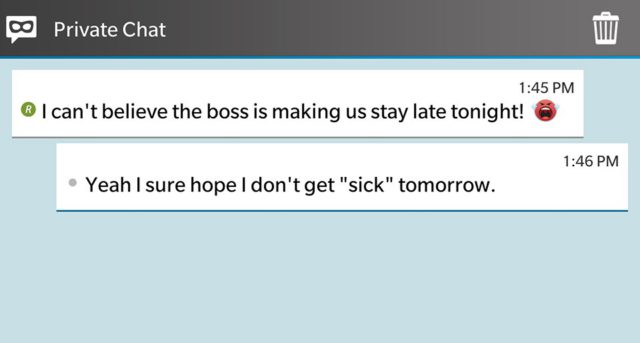 BlackBerry just announced “Private Chats” feature for BBM. The new Private Chats for BBM is a $1 privacy subscription for Android, iOS, and BlackBerry 10 devices. The new feature will replace the former “timed and retracted messages” option which was available in the company’s beta version. Private Chats will remove sender or receivers name and icons from a chat window which disappears after a certain period of inactivity. The Private Chats feature is way better than the old method used for retracting messages but didn’t strip everyone’s name and icon from a chat window. With the new BBM Privacy and Control subscription, users will be able to edit previous messages, get a new “quote message” feature, and a less complex way of managing sticker collections.

Along with the new BBM Privacy Chats subscription, the android version of the app gets a new material design-inspired makeover while iOS users version’s font size depends on the user’s settings. BlackBerry and Android users can download and pay for the updated now while iOS users will have to wait for the iTunes update pop up.