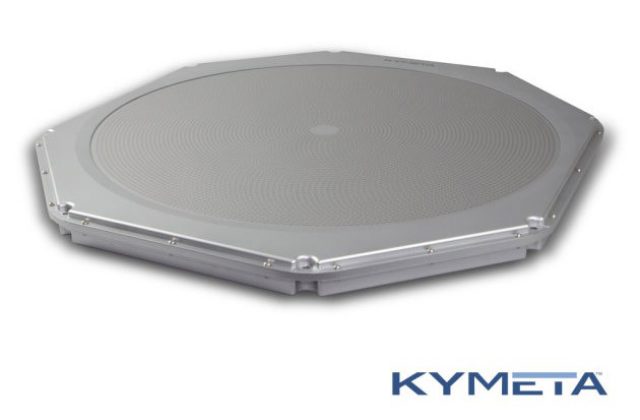 Let’s face it, not having Wi-Fi on a plane is ridiculous. Even worse having it but watching your kids grow while waiting for a page to load. It isn’t the cheapest thing either. What if an antenna solves horrible plane WiFi? Kymeta‘s CEO Dr. Nathan Kundtz thinks the issues are from the antenna design and proper bandwidth allocation. Kundtz told Wired that the FCC needs to open up more spectrum in the less crowded higher frequencies. Let’s hope that happens.

As opposed to other tracking antennas that use a motor to track communications satellites, the mTenna uses “a holographic approach to electronically capture, steer and lock a beam to any satellite, with no moving parts.” Because the mTenna device is thinner than its peers on the market, it produces less drag when installed on the fuselage of airplanes. The drag reduction means less gas consumption, much to airlines happiness. The mTenna antenna is still in the testing stage, but if it works, in-flight WiFi might kill flight boredom.