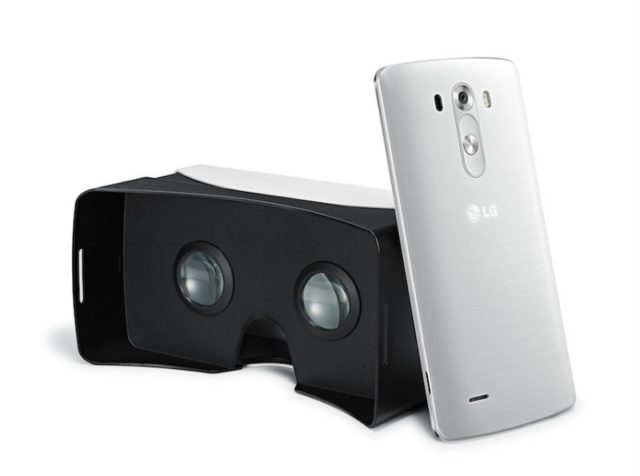 LG Electronics is offering a free LG Virtual Reality (VR) headset if you buy a new LG G3 smartphone in the United States during their new promotion. LG’s VR for G3 gives LG G3 owners a true VR experience. The VR for G3 is capable of showcasing special VR apps and games that can be picked up on Google Play Store.

The LG G3 has a best in class, first in the US, Quad HD display which pushes more pixels per inch in that 5.5 inch device. All of those pixels sharpens up the phones display, creating a realistic and immersive, Virtual Reality experience.

The VR for G3 works best with Google Cardboard. The setup is simple and requires no assembly of any kind. All you have to do is insert your LG G3 into the headset and immediately become immersed in that QHD display. The gyroscope’s magnetic sensor, built into the LG G3 smartphone makes app selections and scrolling completely touch-free.

The VR for G3 promotion comes with the LG G3, a VR device and an in-box QR code for free VR gaming content. LG’s Facebook page is also hosting a VR for G3 contest. You can qualify by commenting on the actual image. All entries must be received by Monday, April 13 at 1:00 p.m. EDT. VR’s will be provided, permitting enough supplies are available.