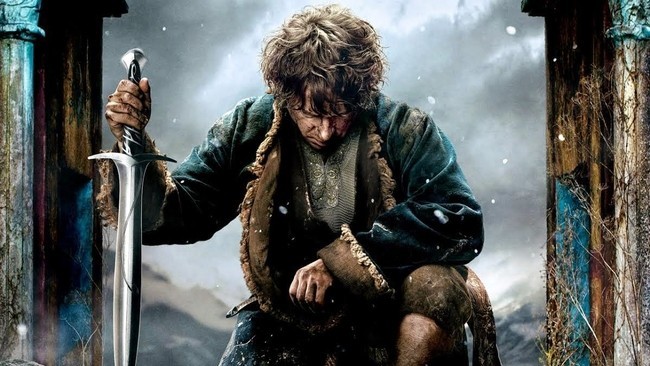 Warner Brothers released the final trailer for the last installment of Peter Jackson’s The Hobbit trilogy yesterday. After 15 years and five films, The Hobbit: The Battle of the Five Armies will be the final link in the chain that connects Jackson’s Middle-earth movie trilogies. Apart from the simple trailer that was released at the San Diego Comic Con, this new trailer is about much we’ve gotten from Jackson, unlike his other two films that had several trailers and a wide variety of behind-the-scenes video blogs. The Hobbit: The Battle of the Five Armies trailer picks up as Smaug the dragon (played via motion-capture by Benedict Cumberbatch) descends to wreak havoc after been driven out from the Lonely Mountain, it also shows Thorin Oakenshield rallying troops to his banner. The film’s release is slated for UK Cinemas December 12 2014, be sure to check out the teaser trailer below.

“The Hobbit: The Battle of the Five Armies” brings to an epic conclusion the adventures of Bilbo Baggins (Martin Freeman), Thorin Oakenshield (Richard Armitage) and the Company of Dwarves. The Dwarves of Erebor have reclaimed the vast wealth of their homeland, but now must face the consequences of having unleashed the terrifying Dragon, Smaug, upon the defenseless men, women and children of Lake-town.

As he succumbs to dragon-sickness, the King Under the Mountain, Thorin Oakenshield, sacrifices friendship and honor in his search for the legendary Arkenstone. Unable to help Thorin see reason, Bilbo is driven to make a desperate and dangerous choice, not knowing that even greater perils lie ahead. An ancient enemy has returned to Middle-earth. Sauron, the Dark Lord, has sent forth legions of Orcs in a stealth attack upon the Lonely Mountain.

As darkness converges on their escalating conflict, the races of Dwarves, Elves and Men must decide—unite or be destroyed. Bilbo finds himself fighting for his life and the lives of his friends as five great armies go to war.