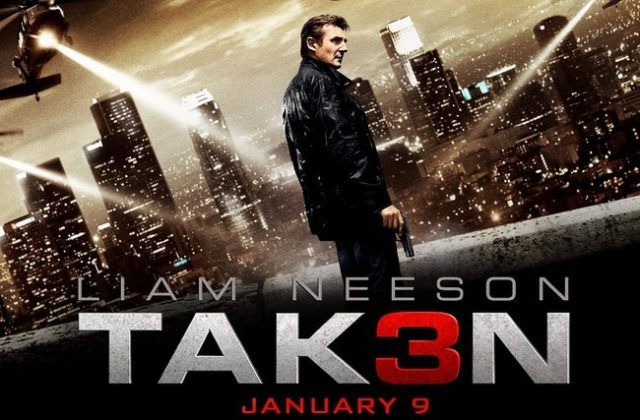 No matter how many times his family is ‘Taken,’ Liam Neeson always finds a way to make the Taken franchise interesting with his phone calls. Here’s a new extended trailer for the Taken 3- Tak3n, it packs the regular suspense and phone calls you’d expect from Liam Neeson. This time around, there’s more action, explosions and even a Porsche drifting under a jet and taking out the landing gear in the new Tak3n trailer. It seems like Liam Neeson borrowed a leaf from Denzel Washington’s equalizer as he’s trying to take down the head of the snake. It’s better you watch the trailer yourself to avoid more spoilers, Tak3n is expected in theaters January 9 2015.

Ex-government operative Bryan Mills finds his life is shattered when he’s falsely accused of a murder that hits close to home. As he’s pursued by a savvy police inspector, Mills employs his particular set of skills to track the real killer and exact his unique brand of justice. Written by 20th Century Fox