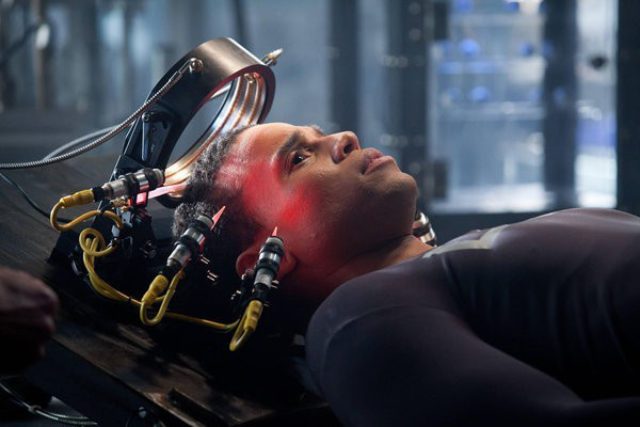 Here’s a cool trailer for FOX’s upcoming Sci-Fi action-series “Almost Human” by JJ. Abrams coming this fall 2013. The show is set in the future with robotic cops who are human-like, starring Karl Urban (who holds a deep hatred for robots) and Michael Ealy (his new robotic partner). The show also stars Lili Taylor and Mackenzie Crook, and is set to premiere in this fall, on Mondays.

synopsis:
Executive-produced by Emmy Award winner J.J. Abrams and creator J.H. Wyman (Fringe) and starring Karl Urban, Michael Ealy, and Emmy Award nominee Lili Taylor, ALMOST HUMAN is a high-tech, high-stakes action drama set 35 years in the future, when police officers are partnered with highly evolved human-like androids. An unlikely partnership is forged when a part-machine cop (Urban) is forced to pair with a part-human robot (Ealy) as they fight crime and investigate a deeper cover-up in a futuristic new world.