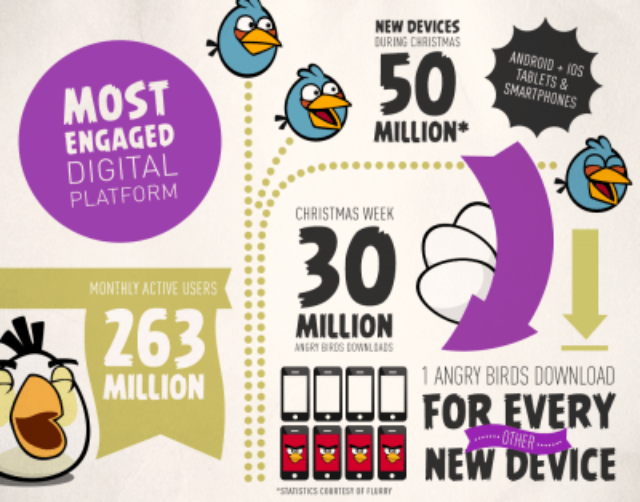 We all can admit the fact, that the game from Rovio (Angry Birds) is addictive. Activision and Rovio announced today, that Angry Birds™ Trilogy which was released in September 2012 sold over one million units sold worldwide. It was released on Xbox 360, PS 3, and 3DS. With the 3DS conventional way to play the game, the Kinect compatibility for the Xbox 360, and PlayStation’s Move support for the PS3, Angry Birds Trilogy won the hearts of it’s fan. In the Press Release, both companies announced that there will be a release for Angry Birds Trilogy on the Nintendo Wii and Wii U systems in 2013.

With a collection of games in the Angry Birds Trilogy, it has “700+ levels.” Come to think of it, I think it would be a good gaming experience, kudos to the Wii U’s tablet gamepad. Read more