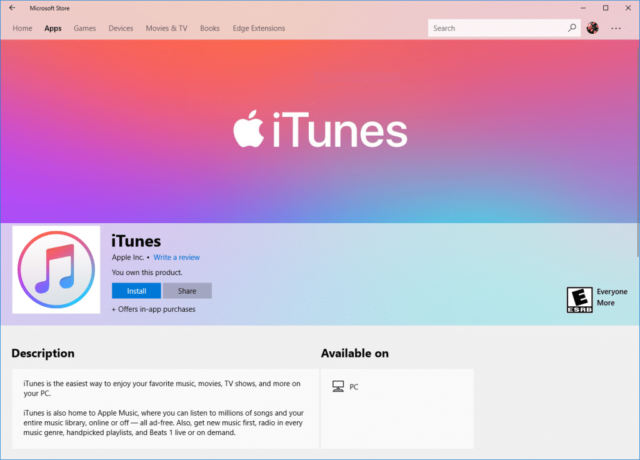 Almost a year after Apple originally announced that iTunes would be coming to the Microsft store by the end of 2017, Apple’s finally bringing its iTunes app to Microsofts Windows store today.

The Microsoft Store version doesn’t come with any new functions or tweaks to use less RAM on your system, so it’s basically the same as the iTunes you’d get from a regular download. The only benefit here is, it will run on PCs running the Windows S Mode, being that the new version of Windows only supports apps available in the Microsoft Store.

For those of you already have the iTunes desktop app installed, the Microsoft version will remove the older app and migrate your setting to the new app the first time you run it.