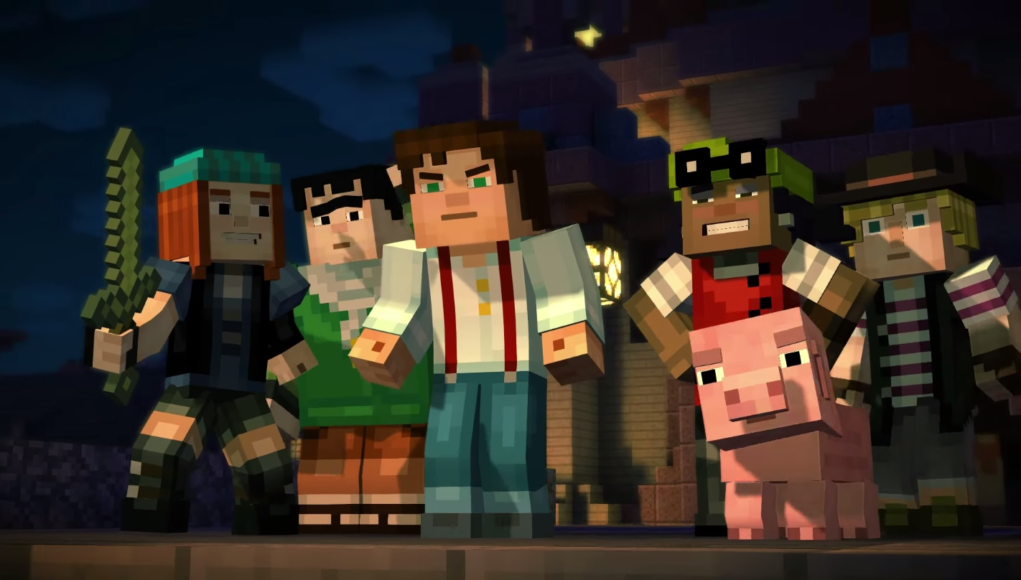 The makers of Minecraft just revealed the first trailer for Minecraft: Story Mode at Minecon 2015 today in London. Mojang is working with TellTale to give players a different playing perspective. Minecraft: Story Mode will be a narrative-based adventure just like other games from TellTale’s point-and-click style of gameplay like The Walking Dead and The Wolf Among Us. Players will take control of guy named Jesse, a recent blog post from the developers explained that “Jesse and his group of friends revere the legendary Order of the Stone; four adventurers who slayed an Ender Dragon,”. Minecraft: Story Mode will be released later this year for every platform, Nintendo’s not included. Enjoy the embedded trailer below.