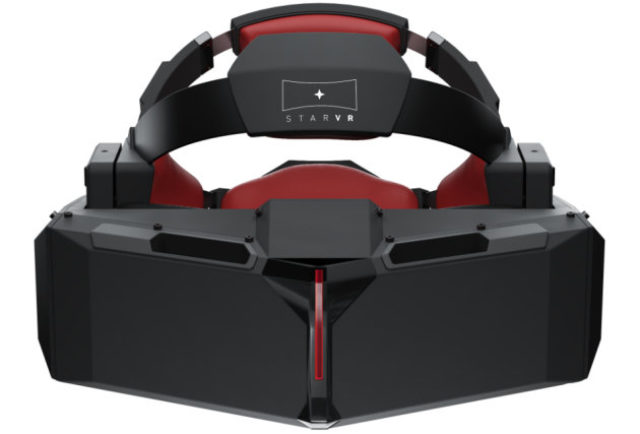 There’s no denying that VR is the future of gaming, and every company or anyone who has a billion dollars to invest wants a piece of the pie. Starbreeze, the game developer behind Payday 2, Syndicate and Brothers: A Tale of Two Sons, is the latest company to get into the VR scene. Starbreeze just acquired InfinitEye (a hardware startup), and already started developing a VR headset working prototype: the StarVR. You might wonder why they are coming to the already crowded VR space a bit late and what they have to offer over the likes of Oculus Rift. The StarVR headset has a super-wide 210-degree field of view, which is double the 100 degrees found on the Oculus Rift. The StarVR has two 5.5-inch Quad HD (2560×1440) displays, and a fresnel lens design to give players that immersive VR experience.

Starbreeze has no doubt about the VR headset standing out from the crowd, as they are preparing to make gamers lose their minds at E3 their “natural and panoramic virtual reality”. Their first game example is The Walking Dead, based on the hugely popular The Walking Dead series created by Robert Kirkman and it’s being developed by their internal studio Overkill. Let’s wait and see what big guns they’re bringing to E3 before we put the StarVR up against the likes of HTC, Sony and Valve.