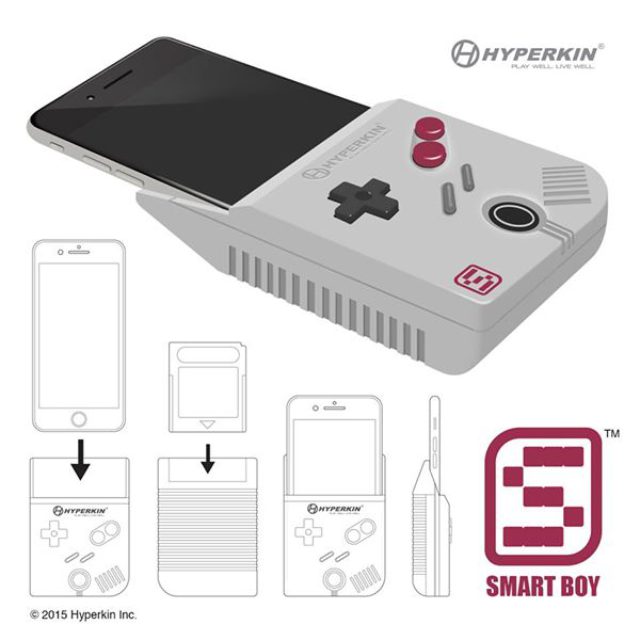 The trending image of the Smart Boy was announced on the 1st of April as an April Fools’ joke. Hyperkin says that this is not entirely true, because they were secretly using it for market testing purposes instead. This approach just might work for the accessory manufacturer.

Taking a look at the image above, you can see that this particular concept (published on Hyperkin’s Facebook page) appears to attach to an iPhone 6 Plus (and eventually other smartphones), so that it can play Game Boy and Game Boy Color games and use those retro cartridges. It will also feature an eight-way D-pad, two action buttons, a start and select button and an included battery that can be charged through the phone itself providing 5 hours of gameplay. The gameplay itself will output through the iPhone 6 Plus’ own screen.

But on April 1st, Hyperkin said:

This has been officially confirmed.