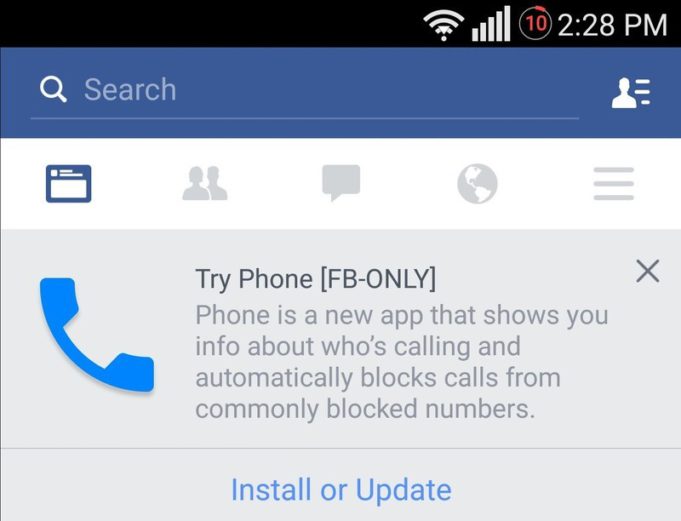 Facebook is trying to promote heavy usage of its Messenger App as of late. Now it can operate as your Android device’s default texting app and they are not done. Based on the report from Android Police, Facebook is planning to release a calling app called “Phone” to replace your default Google caller ID and phone dialer on your Android device.

To prove that this is a bit beyond fan speculation, several Android users have reported that they have accidentally received a notification within Facebook to install the Facebook Phone app for Android. As far as we know the application/feature isn’t available for public use yet. But we can assume from the notification photo that Facebook’s Phone app will be a combination of Truecaller and Google’s Dialer apps. And we can expect a built-in crowd-sourced database to provide detailed information about the phone numbers dialed and their users.

“Phone is the new app that shows you info about whose calling and automatically blocks calls from commonly blocked numbers.”