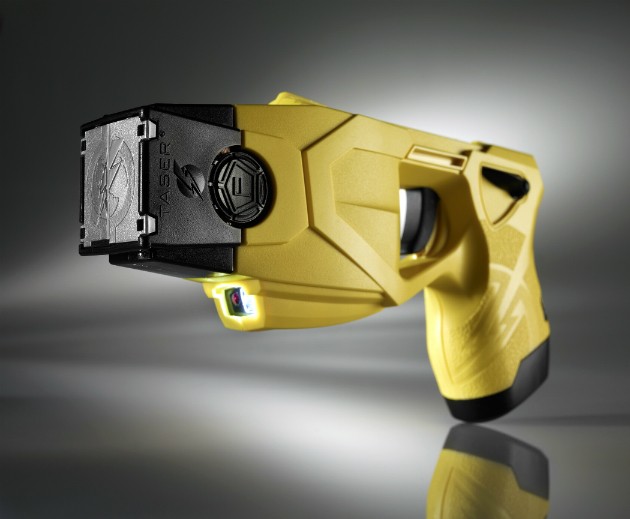 The LAPD announced last year October that they’d be getting 8,000 body cameras for every officer on the street. To add to the list of smart gadgets in their arsenal, the LAPD ordered more than 3,000 smart Tasers. The said Taser is a “smart” weapon unveiled two-year ago, the Taser X26P. These Tasers activate the cameras automatically as soon as the safety is turned off and communicates with the officer’s body camera via bluetooth. Reuters says that the camera can store footage while the weapon keeps a log of how it’s used, when it was fired, and if the electrical wires made contact. A Taser spokesperson told Reuters “This technology gives a much better picture of what happens in the field.” I wonder why the camera isn’t turned on before one gets tased. Imagine trying to explain to the Jury who just watched a high voltage Taser jolt volts of current through your nervous system that you were calm before the impact or not.