Since the first announcement of the new new 3DS and 3DS XL handhelds last August, European and North American fans have waited patiently for an international release for their region. The company just kicked off a New 3DS ‘Ambassador Edition’ program for its Europe fans. It’s been reported that some members of Club Nintendo in Europe are being invited to buy the gorgeous new 3DS handheld. As reported by various sources on the internet, those selected to purchase a special edition of the New 3DS before it hits shelves will need to take advantage of the offer by January 12. 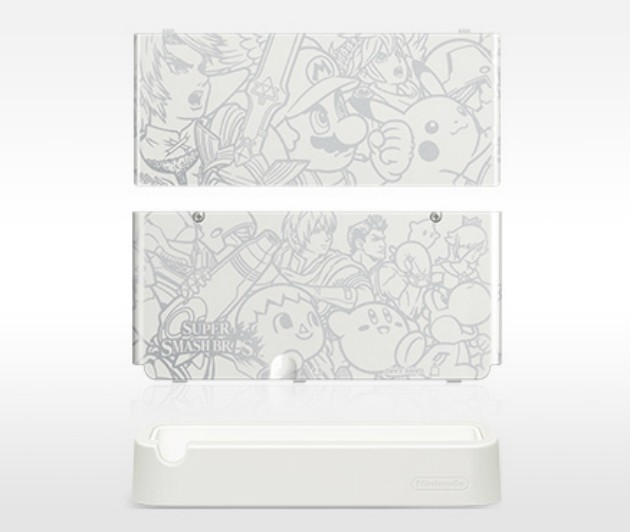 The box comes with a white “New” Nintendo 3DS, exclusive Ambassador Edition cover plates, Super Smash Bros. cover and back plates, a charging cradle, stylus, and 4GB microSDHC card for the £179.99 ($273) asking price. We still don’t have a release date for the New 3DS for Europe or North America but we expect the announcement to come this year. Those of you in Europe with active Club Nintendo accounts should get to check your inbox or head here to see if you’re eligible. The below image is a sample of fan mail eligible members should get. 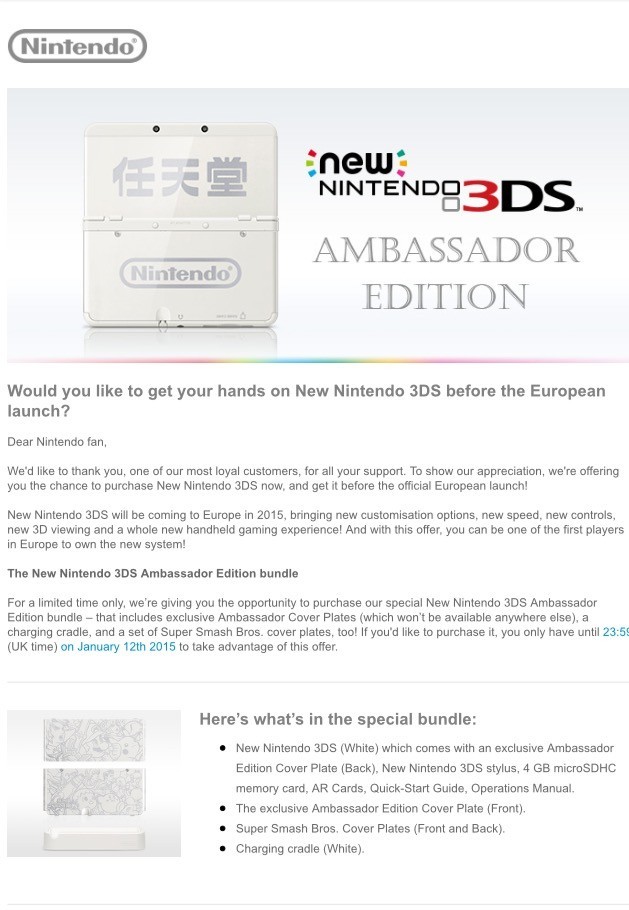