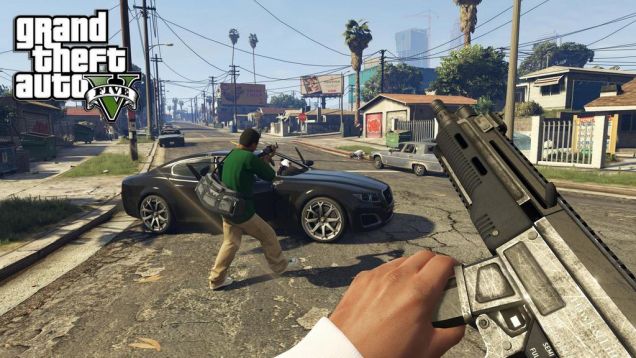 Rockstar finally laid the first-person mode Grand Theft Auto 5 rumors to rest. Rockstar Games just confirmed that, a first person mode for GTA 5 will be coming to PlayStation 4 and Xbox One on Nov. 18. In an interview with IGN, Rockstar Games animation director Rob Nelson pointed out that, “We could’ve put it in the [last-gen version] but we were too busy making the game”. The updated version of the game will include include improved visual, number of new weapons, and vehicles. Rockstar also confirmed that, GTA 5 for PC will get 4k support and first person mode. The video from IGN below shows you the mode in action, be sure to check out CVG for a handful of new images. GTA 5 comes to PS4 and Xbox One in two weeks, on November 18. The PC version is out in January 27, 2015.